The 3 Core Principles of Great Brands 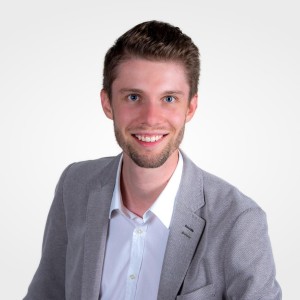 Walt Disney once said, “I only hope that we don’t lose sight of one thing – that it was all started by a mouse.”

Since Walt Disney first dreamed up Mickey Mouse in 1928, the company has ballooned into one of the most powerful brands of all time.

Disney shows that branding is so much more than color palettes, style guides, logos, filters, and slogans. It’s more than just the words you use and the products you sell.

Branding is about a feeling. It’s a common narrative, a message that brings people together into a single, united front.

But how do you build a brand that people connect with? How do you go from nothing to an audience of raving fans?

Let’s take a look at 3 legendary brands and see how each of them did it. I’m sure there’s a thing or two we can learn from each.

According to Apple legend, Steve Jobs co-founded Apple Computers in 1976, along with fellow college dropout, Steve Wozniak. Their idea wasn’t to build just another computer that was up to spec with IBM’s machines (the computer powerhouse at the time). Their idea — their vision — was to change the way people viewed computers. They wanted to make computers small enough for consumers to have them in their homes and offices.

And from its founding, through the invention of the revolutionary Apple II, Macintosh, iPod, iPhone, and iPad Apple continued to push for greater and greater achievements. Each of these inventions was revolutionary in its own way, and each shows the same driving principle that’s built into Apple’s DNA as a company and as a brand.

What did Apple have? They had a vision.

Phil Knight was a self-described “average” mid-distance runner on the track team. But he would watch as his coach, Bill Bowerman, tinkered with the athletes’ shoes for better performance. Watching, he grew enamored by the immediate impact those small tweaks could make.

Years later, while studying Business at Stanford, Phil wrote a paper about why shoes should be manufactured in Japan, where labor was cheaper. This was revolutionary because, at the time, shoe companies were still manufacturing their products in much more expensive countries like Germany.

Seizing the opportunity, Phil, along with Bill, his former coach, started “Blue Ribbon Sports” in 1964. It began on a whim after he’d convinced a group of Japanese businessmen to export their shoes to the United States, where he would have exclusive selling rights. He started by selling these Japanese sneakers out of the trunk of his car and grew from there, eventually opening storefronts and designing their own shoes. Years later, the two co-founders would rename the company to what we all know and recognize today: Nike. And the rest, as they say, is history.

What did Nike have? They took action.

“The Happiest Place on Earth”

Disney, at its core, is a storytelling company.

Walt Disney moved to California in the summer of 1923 with just a suitcase and a dream. Before that, he worked as a cartoon artist for an ad agency and even started his first studio with coworkers he’d met there. His studio went on to produce several hit cartoons but, burdened by debt, Disney was forced to close the business and declare bankruptcy. And that’s when he and his brother, Roy, moved to Hollywood to start what would become the Walt Disney Studio.

They did what they did best: made cartoons — namely Alice’s Comedies and Oswald the Lucky Rabbit. A few short years later, Walt came up with the idea for a character that — little did he know — would become the face of his future multi-billion dollar media empire: Mickey Mouse.

Now with a blueprint for success, the Walt Disney Studio produced several more animated shorts, many of which won Academy Awards® and Oscars®.

And Walt, never a man to rest on his laurels, continued pushing for more innovation in their studio. One night he told his animation team, “We are going to make an animated feature-length film.” The team’s skepticism was palpable. But before long, everyone was on board with the idea and worked enthusiastically to bring it to life. Snow White and the Seven Dwarves debuted on December 21, 1937, and became a spectacular hit, winning several awards. It became the highest-grossing film of all time — a record which it held for several years.

Fast-forward many decades, to today. Disney, which started from humble beginnings as a tiny cartoon studio in the 1920s, has grown into the worldwide gold standard of entertainment, a media empire that includes Pixar, Marvel, Lucasfilm, and 21st Century Fox. And there’s one theme that ties the entire Disney narrative together.

What did Disney have? They told stories.

When You Put It All Together

There are three important principles illustrated above. And each is essential to building a successful brand that audiences resonate with:

And when you read those stories, you’ll notice that each company displayed not only one trait, but shared all three.

I wouldn’t say that it’s been the sole key to their successes, but I do believe that practicing all 3 branding principles certainly helped each of them succeed. And they built some of the most well-known modern brand empires while they were at it. And that’s what we should take away from this.

Disney started in 1923. How many other companies can you name that have stood for close to 100 years? Or even 50 years, like Nike?

Chances are, you won’t name them by their corporate structure or business model, but by the brands they’ve built.

And that is the power of a brand.

It’s a feeling of community that’s built around the story of how its founders took action based on their vision and built something incredible.

Contact us to maximize your brand’s potential through the combined principles of vision, action and story.

Give me a call:

Write me a message: